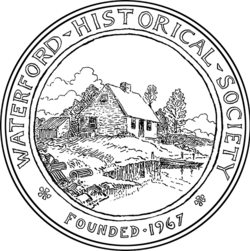 This home, which originally stood at 284 Boston Post Road, near the corner of Ellen Ward Road, was built in 1838 for the widow Lydia Beebe.  Her sailor husband, Albert, was lost at sea, leaving Lydia and their son, Orrin, born in 1836. Mrs. Beebe took in sewing and did baking to make a living for herself and her young child.

The house was later owned by Amos Chapel who sold it to William and Lydia Phillips.  Mr. Phillips worked as a driver for John Mossbroker.  Mrs. Phillips made all the quilts, rugs, and fancy work for their home, in addition to doing the work involved in bringing up their three sons and two orphaned nieces.  Soon after she died in 1969, at the age of 93, the only surviving son, George, who was the Town Building Inspector, offered the family house to the Historical Society in memory of his parents.

In 1974 the house was moved in two parts to its present site on the historic Jordan Green.  The renovations and restoration work involved many hours of labor and love from the Society’s members, neighbors, and friends. Contributions from the Town of Waterford and the Connecticut Historical Commission aided in this restoration project. September 10, 1978 was the formal  dedication date of the house, at which time Mr. Phillips placed the plaque honoring his parents.  This plaque is located just to the right of the front doorway of the house.

The house is furnished in the 1840 period with a floor plan typical of the era. There is a large kitchen across the back, three rooms downstairs, a pantry, narrow back stairs leading from the kitchen, wide floorboards, and three fireplaces. The kitchen fireplace includes a dome shaped, brick, beehive oven usually used for bread making.  The chimneys and fireplaces were rebuilt with 1800 bricks. Wilmer Whitford, a past member of the Historical Society, restored the beehive oven and chimney which were destroyed when the building was moved. The walls were plastered, painted, and wallpapered.  The papering was done courtesy of Frank Scarpa, also a past member of the Society.  The upstairs is unfinished and closed to the public.

There is no indoor plumbing.  There was surely a well when the Beebe-Phillips House was originally built.  In the far corner of the orchard is an outhouse that is typical of the type used in early days.  This one, however, is atypical in that it has three seats – a three-holer.  Chamber pots were used in winter and during the night.  There are two chamber pots under the rope bed in the “borning” room. 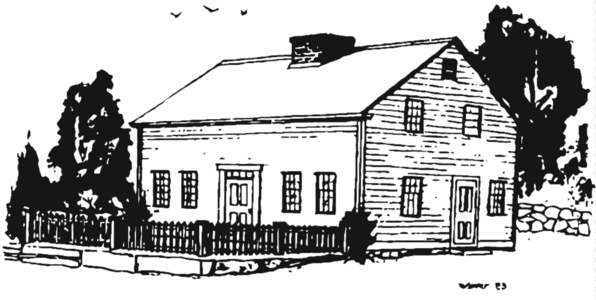 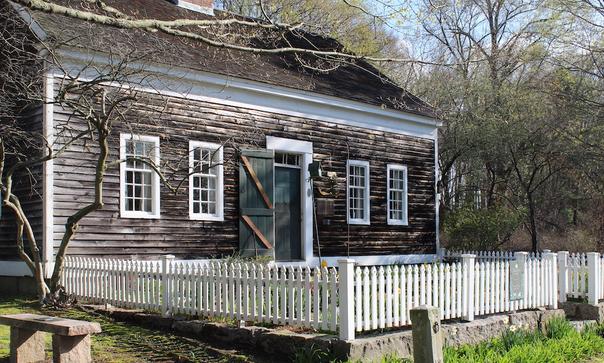